With the release of Thor this past weekend, it’s officially the summer movie season. And there are some pretty massive movies on the horizon. But there are also some promising-looking smaller films that I hope won’t get lost in the shuffle. So here’s an in-depth look at the next four months at the cinema.

Official Synopsis: “An emotional story about a man on a journey to re-discover his family and re-start his life. Plagued by his own demons, Walter Black (Gibson) was once a successful toy executive and family man who now suffers from depression. No matter what he tries, Walter can’t seem to get himself back on track…until a beaver hand puppet enters his life.”

My Take: Remember when Mel Gibson used to be a draw at the cineplex? Well, now his movies are getting delayed and opening inconspicuously in very limited release. Nonetheless, the premise of The Beaver is bizarrely intriguing, and the trailer was a pleasant surprise. It looks like a heartfelt family indie dramedy, which is widely known to be my favourite type of movie. And between this and Like Crazy, I am suddenly very interested in Anton Yelchin. Oh, right, and there’s that beaver puppet, too. (Limited release; expands May 20)

Official Synopsis: “A collision of worlds when two African-American families from divergent socioeconomic backgrounds get together one weekend in Martha’s Vineyard for a wedding.”

My Take: This might sound bad, but these sorts of comedies with predominantly African-American casts (see also: Tyler Perry films) never get nearly as much attention in Canada as they do in the U.S., so I really don’t know anything about this film. I really thought it had something to do with witches, but apparently not.

Official Synopsis: “Set in New York City, Last Night is the story of a married couple that while apart for one night, is confronted by temptation that may decide the fate of their marriage.”

My Take: It seems like this movie has been kicking around forever, which probably isn’t a good sign. It could be taught and suspenseful, or it could be boring, and even though it’ll probably fall into the latter category, I’ll probably still check it out at some point. (Limited release)

Official Synopsis: “Rachel (Goodwin) is a talented attorney at a top New York law firm, a generous and loyal friend, and, unhappily, still single –as her engaged best friend Darcy (Hudson) is constantly reminding her. But after celebrating her 30th birthday, perpetual good girl Rachel unexpectedly ends up in the arms of the guy she’s had a crush on since law school, Dex (Egglesfield)…who just happens to be Darcy’s fiancé. As one thing leads to another in the frantic weeks leading up to Darcy’s wedding, Rachel finds herself in an impossible situation, caught between her treasured friendship with Darcy and the love of her life.”

My Take: The trailers look absolutely wretched, and the movie seems to be filled with whiny, unlikeable people handling situations as poorly as they possibly can. Not even John Krasinski can pique my interest in this one.

Official Synopsis: “At the center of the story is The Mighty Thor, a powerful but arrogant warrior whose reckless actions reignite an ancient war. As a result, Thor is banished to Earth where he is forced to live among humans. When the most dangerous villain of his world sends its darkest forces to invade Earth, Thor learns what it takes to be a true hero.”

My Take: I probably could not have been less interested in the premise, and the trailers didn’t really do anything to change my mind. But Thor is getting pretty good reviews, so I may have to check it out.

Official Synopsis: “Kristen Wiig leads the cast as Annie, a maid of honor whose life unravels as she leads her best friend, Lillian (Rudolph), and a group of colorful bridesmaids on a wild ride down the road to matrimony. Annie’s life is a mess. But when she finds out her lifetime best friend is engaged, she simply must serve as Lillian’s maid of honor. Though lovelorn and broke, Annie bluffs her way through the expensive and bizarre rituals. With one chance to get it perfect, she’ll show Lillian and her bridesmaids just how far you’ll go for someone you love.”

My Take: I am so happy to see Kristen Wiig get a lead role. Especially one that looks so good. It’s great that more people finally seem to realizing that women can be funny, too, and it’s great that they gave these ladies an (apparently) good film. I love the whole cast, and I’m definitely hoping to check it out in theatres.

Official Synopsis: “Everything Must Go tells the story of Nick (Ferrell) a career salesman whose days of being on top are long gone. The same day Nick gets fired, for falling off the wagon one last time, he returns home to discover his wife has left him, changed the locks on their suburban home and dumped all his possessions out on the front yard. Faced with his life imploding, Nick puts it all on the line – or more properly, on the lawn – reluctantly holding a yard sale that becomes a unique strategy for survival.”

My Take: Will Ferrell has proven to be a capable dramatic actor, and Everything Must Go looks like it could be his meatiest role yet. It got good reviews at TIFF but flew under the radar a bit. And while I don’t think it will be a box office hit, it’s nice to see Ferrell trying new things. (Well, maybe he shouldn’t have tried The Office…) (Limited release)

Official Synopsis: “Loud music. Pornography. Burning **** to the ground. These are a few of Hesher’s favorite things. And they are what Hesher (Gordon-Levitt) brings into the lives of TJ (Brochu) and his father, Paul (Wilson) when he takes up residence in their garage uninvited. Grief-stricken by the loss of TJ’s mother in a car accident, Paul can’t muster the strength to evict the strange squatter, and soon the long-haired, tattooed Hesher becomes a fixture in the household. Like a force of nature, Hesher’s anarchy shakes the family out of their grief and helps them embrace life once more.”

My Take: This is another one that’s been floating around in distribution purgatory for a while (if I remember correctly, it played at last year’s Sundance festival), but I can kind of understand why, based on the trailer. I’m not writing it off yet, but it does look like a…strange film. (Limited release)

Official Synopsis: “Priest, a western-fused post-apocalyptic thriller, is set in an alternate world — one ravaged by centuries of war between man and vampires. The story revolves around a legendary Warrior Priest (Bettany) from the last Vampire War who now lives in obscurity among the other downtrodden human inhabitants in walled-in dystopian cities ruled by the Church. When his niece (Collins) is abducted by a murderous pack of vampires, Priest breaks his sacred vows to venture out on an obsessive quest to find her before they turn her into one of them.”

My Take: Paul Bettany, what are you doing? I have no idea why he has become some kind of misguided “action” star. That said, I’m slightly curious about Lily Collins’ performance, since I thought that she was pretty good in The Blind Side (and she was one of my Up-and-Coming Actors to Watch last year). Dunno if I can stomach this one, though.

Official Synopsis: “This is a romantic comedy set in Paris about a family that goes there because of business, and two young people who are engaged to be married in the fall have experiences there that change their lives. It’s about a young man’s great love for a city, Paris, and the illusion people have that a life different from theirs would be much better.”

My Take: Well, at least Woody Allen is consistent with his one-movie-per-year approach to filmmaking. Even if his last two films (Whatever Works and You Will Meet a Tall Dark Stranger) made almost zero impact, I’m kind of hopeful that this might be the next Vicky Christina Barcelona. I think the casting of Owen Wilson is kind of inspired, and he might suit Allen’s style surprisingly well. I’m not holding my breath, but maybe it will be a pleasant surprise. (Limited release)

Pirates of the Caribbean: On Stranger Tides

Official Synopsis: I’m not going to bother. It’s another friggin’ Pirates movie. What do you expect?

My Take: Confession time! I’ve only seen the first Pirates of the Caribbean movie, and I didn’t even like it that much. I mean, it was fine, and Johnny Depp was undeniably wonderful, but once was more than enough for me. However, the trailer for this film did draw me in, and I might possibly check it out at some point. It could also (possibly) be worth watching for Sam Claflin, who made my list of up-and-coming actors to watch this year. He recently got cast in one of those Snow White movies that are coming out next year, and he’ll also star in The Seventh Son, which is apparently a big deal. 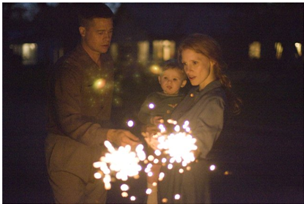 Official Synopsis: “In The Hangover Part II, Phil (Cooper), Stu (Helms), Alan (Galifianakis) and Doug (Bartha) travel to exotic Thailand for Stu’s wedding. After the unforgettable bachelor party in Las Vegas, Stu is taking no chances and has opted for a safe, subdued pre-wedding brunch. However, things don’t always go as planned. What happens in Vegas may stay in Vegas, but what happens in Bangkok can’t even be imagined.”

My Take: The Hangover was a fun, unexpected hit that served as a star-making vehicle for its three leads. But do we really need another one? Especially one that looks like a less funny rehashing of the original?

Official Synopsis: “In KUNG FU PANDA 2, Po is now living his dream as The Dragon Warrior, protecting the Valley of Peace alongside his friends and fellow kung fu masters, The Furious Five. But Po’s new life of awesomeness is threatened by the emergence of a formidable villain, who plans to use a secret, unstoppable weapon to conquer China and destroy kung fu. Po must look to his past and uncover the secrets of his mysterious origins; only then will he be able to unlock the strength he needs to succeed.”

My Take: Ah, another pointless sequel. How refreshing.

The Tree of Life

Official Synopsis: The Tree of Life is the impressionistic story of a Midwestern family in the 1950’s. The film follows the life journey of the eldest son, Jack, through the innocence of childhood to his disillusioned adult years as he tries to reconcile a complicated relationship with his father (Pitt). Jack (played as an adult by Penn) finds himself a lost soul in the modern world, seeking answers to the origins and meaning of life while questioning the existence of faith. Through Malick’s signature imagery, we see how both brute nature and spiritual grace shape not only our lives as individuals and families, but all life.

My Take: Well, judging by how many times I’ve blogged about it already, I think it’s safe to assume that I’m pretty excited for The Tree of Life. I’m not a die-hard Mallick by any means (I’ve actually only seen The New World, and that was when it first came out on DVD, so I found it a bit boring at that age), but the trailer for this movie completely captivated me. I’ve probably watched it a dozen times, and I appreciate the beauty of it every time. It’s like a beautiful little stand-alone piece. Who knows how the movie will work in its entirety, but I’m certainly optimistic. (Limited release)