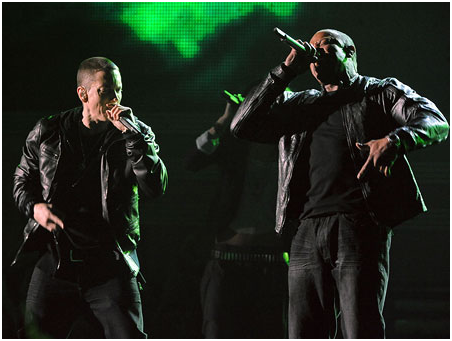 Call me crazy, but I actually really enjoyed the Grammys on Sunday night. I know that it’s cool to hate on the Grammys (I’m guilty of it), and to say that they’re irrelevant, but I liked way more of the performances than I expected to. Maybe I was just more open-minded, or maybe mainstream music has just gotten better. And the actual awards themselves weren’t the disaster that I’d expected, either. Here are a few quick thoughts on some of the key performances: 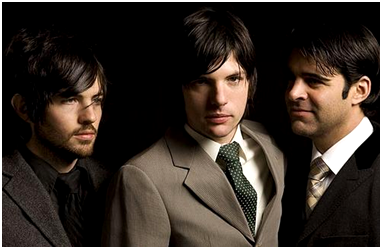 2009 gets a bit short-changed with everyone focussing on their “best of the decade” lists, but these are my picks for the best movies and albums of 2009. I haven’t heard nearly as many albums as I’d like to, and it’ll probably take me until half way through ’10 to catch up on all of the movies that I want to see from last year on DVD. But from what I’ve seen/heard, here are my lists:

Though I was originally going to make this a top 50 list (and I did compile such a list), I decided to trim it down to 20. The list was starting to feel unfocussed, and I thought that it would be more interesting to really focus in on 20 albums from this decade that I really loved, rather than worrying about fitting in the certain albums I felt I had to have on my top 50.

So here is part 1 (#20-11). I think there are some unpredictable choices, which I like. It has some of the stuff you’d expect, but I tried to keep things a bit interesting. There’s lots of indie stuff, but I guess that’s just what I like to listen to most. Let me know what you think of my list, and feel free to share your own picks in the comments.

(UPDATE: Part 2, where I talk about my top ten albums of the decade, is now up! Be sure to check it out here.) 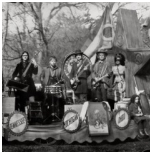 In just one of his many side projects of the decade, Jack White joined forces with some “old friends” (he and Brendan Benson share frontman duties) to form the Raconteurs in 2006. Their first album was something of a success, and they topped themselves (pun somewhat intended) with their sophomore disc. The album is split more definitively between White and Benson, and each bring a lot with their respective styles. Highlights include Benson’s “Many Shades of Black” and White’s “Top Yourself” and “Five on the Five”. Every track is fascinating, and the endless variations on style throughout the track listing are impressive.

Kings of Leon have recently been spotted invading radio airwaves with “Use Somebody” and “Sex on Fire” off 2008’s Only by the Night. But North America’s just been a little slow to pick up on these guys (which is odd, considering they’re American). Back in 2003, when they all had ridiculous haircuts and moustaches, they released their debut LP, which is full of catchy little retro tunes. I like the new Kings of Leon sound, too, but there’s something endearingly scruffy about their early work. “California Waiting” and “Red Morning Light” are raw, but the Followills’ ability to write an incredible pop song was evident early on.

Gold refuses to stick to one style, and the eclectic sound suits Ryan Adams well. Adams handles country stompers (“Firecracker”), lovely ballads (“Good Night, Hollywood Blvd.), and even blues (“The Rescue Blues”, “Touch, Feel, and Lose”) deftly on his lengthy, sometimes erratic sophomore solo album. All of his genre-shifting is fascinating. Every song offers something new, and Gold proves that when it comes to his music, Adams is ambitious and fearless. Some of his best songs to date can be found here, and despite the diversity of styles, it never feels unfocused. Adams is one of the best songwriters of this decade, for sure.

No matter how many jokes people make (or how vehemently Chuck Klosterman hates them), I honestly think that Coldplay is pretty excellent band. Their debut album, Parachutes, certainly showed a lot of promise. “Yellow” became a big hit, but it’s far from the best song of the album. “Shiver” is fantastic, and apparently it was Chris Martin’s attempt to write a Jeff Buckley song. Their signature sound can already be heard throughout the album, but I like that this is a smaller, more personal album than some of their later work. Scoff at the sappiness if you want, but there are some fantastic songs here.

I have a pretty huge spot in my heart for Rufus Wainwright. Something about the tone of his voice always makes me feel at ease. It’s hard to describe, but it’s unlikely virtually any other singing voice I’ve heard. On Poses (the follow up to his 1998 eponymous debut), Rufus gives us more of his signature theatrical fare. Though that’s not usually my taste, I love it when Rufus does the over-the-top stuff. He also gets folkier on his cover “One Man Guy” (it’s a wonderful interpretation of his father’s song), which is nice. I’ve heard that Wainwright was at the height of his drug addiction around this time period, but it’s a beautiful album nonetheless. 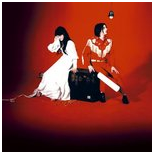 After the success of the song “Fell in Love with a Girl” (and the accompanying Gondry-helmed music video), The White Stripes managed to take advantage of their positive buzz and release another stellar album a mere two years later. It had a couple of songs that have since become radio staples (“Seven Nation Army”, “The Hardest Button to Button), but despite its more polished sound, there’s no way in hell that Jack White is selling out here. “Ball and Biscuit” is mighty, and this album features more of a blues influence than their past three. The White Stripes are a band that is constantly evolving, and following their journey over the decade has been a blast.

His cuddly beard and raspy voice may seem commonplace in the wake of the recent folk movement, but Ray LaMontagne came before all of that. Before I discovered LaMontagne’s music, I thought that the song “Trouble” was some kind of soul standard. And all of his songs have that timeless feeling to them, which I always love. There’s so much soul in his music, and he sings every word with such emotion. I love music that is emotionally raw, and LaMontagne pretty much epitomizes that concept. His subsequent two albums are quite strong too, but his debut, Trouble, is his most affecting work to date.

The Avett Brothers have been releasing albums consistently since 2002, but they’ve just recently started making waves in the mainstream with their latest album. I and Love and You was helmed by super producer Rick Rubin, and the expected shiny production is there. But all that gloss doesn’t detract from the wonderfully eclectic collection of songs. There’s not a bad track on the album, and most of the tracks are exceptional. “Laundry Room” and “January Wedding” stay closer to the Avetts’ country roots, while “Slight Figure of Speech” is a spiky little pop gem. The signature rawness, beautiful harmonies, and thought-provoking lyrics that The Avett Brothers are known for haven’t gone anywhere. 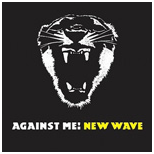 Fans accused these Florida punks of being sell-outs when they released this radio-friendly set of songs, but that doesn’t take away from the fact that this is a pretty amazing album. They worked with Butch Vig, who made Nirvana famous with his production of Nevermind, and I can understand how the polished production would put some fans off. But I don’t think that it hurts the album at all. “Thrash Unreal” is an infectious, unexpected anthem, and “The Ocean” boasts lovely lyrics from Gabel pondering what his life could have been under different circumstances. It’s fierce, relevant, and uncompromising, which is all anyone can ask of a band like Against Me!.

Most people probably thought that the “riot grrrl” movement died at some point during the mid-90’s, but Sleater-Kinney proved that they still have what it takes to write an awesome rock record. The Woods is ostensibly their final album (they’ve been on an “indefinite hiatus” since 2006), and I had the unfortunate timing of discovering their music just as they ceased making more of it. But what an album it is to go out on. It rocks harder than most albums released this decade, and “The Fox” and “Modern Girl” are great slices of songwriting. Sleater-Kinney were at the height of their musical career with 1997’s Dig Me Out, and The Woods gives that album a run for its money.