For all of the poorly photoshopped or just plain lazy movie poster we saw in 2015 (as we do every year), it was perhaps a particularly strong year in terms of poster design. (Even this year’s hot poster trend seemed a little more creative than some of the previous trends we’ve seen.) Now, as I do on a sorta-annual basis, I’m going to take a moment to look back at some of the poster designs I’ve spent the year admiring. 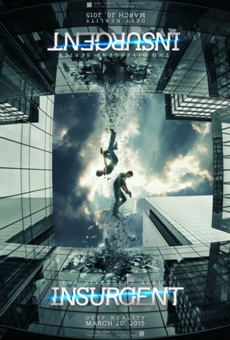 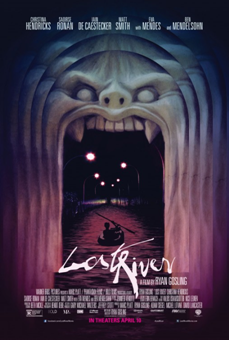 When done well, nothing evokes excitement like a busy, bold movie poster. The marketing behind Star Wars: The Force Awakens certainly understood this and offered up a gorgeous update on the franchise’s iconic one-sheets of days gone by. This one gets everything right, including putting the film’s kick-ass female protagonist, Rey, front and center. Insurgent took a similarly bold approach with this striking exercise in symmetry, making for by far the strongest entry in the long, long line of posters released to promote the film. One the other end of things, the arthouse also got bold with their poster designs this year, and perhaps none more so that Ryan Gosling’s ill-fated directorial debut, Lost River. The warped carnival imagery in unforgettable and ominous, offering up a perfect colour palette to boot. It almost makes me want to watch the movie. Heaven Knows What also embraced in-your-face poster imagery, which makes sense for a scrappy film about heroin-addicted street youth. The deep, muddy pinks of Arielle Holmes’ sideways head clash beautifully with the bold title font, as though evoking a fever dream just within it poster.

Next we come to an unlikely (and probably unintentional) trend of 2015, which is earth-toned, stately posters for films about fascinating women. The Assassin’s watercolour-like aesthetic and Carol’s dizzying moment of recognition both create a woozy, gorgeously dreamy image of their respective films. Far From the Madding Crowd’s poster, meanwhile, is an almost overly simple still from the film. However, the image is captivating and the chemistry between Carey Mulligan and Matthias Schoenaerts is palpable even within this still. I love this poster, partly because it is such an accurate representation of the film and partly because it’s just beautifully composed. Finally, The Keeping Room’s poster is moody and magnificent, offering little information about the film itself but enticing the viewer with Brit Marling’s rock-solid stance tinged with a hint of feminine allure. 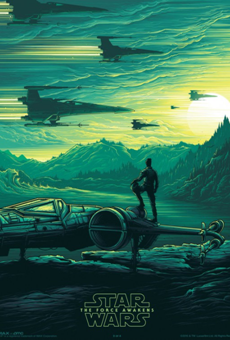 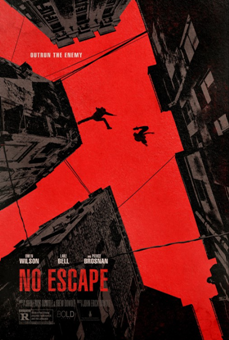 I’m a sucker for a great illustrated poster, but I’m also picky about what I like. Luckily, Star Wars: The Force Awakens came around with a pair of absolutely stunning illustrated alternatives for the film’s IMAX release. The other, Rey-centric one is also amazing, too, but something about the rich turquoise and the composition of this one tips it over the edge for me. And speaking of striking, the clever one-sheet for No Escape proves that an unremarkable film can be elevated by a great poster. (Or, in the case of this one, a series of enticing illustrated offerings.) From the use of perspective to the colours to its double meaning, this one is a real winner. I also give a lot of credit to Faults for going with an unconventional approach to a poster. This looks more like a frame out of a graphic novel, but it perfectly captures the off-kilter tone of the movie and begs for further consideration, which is one of the best things that art can achieve. And speaking of emotionally rich work, this poster for Queen of Earth is artsy and intriguing and just plain lovely. 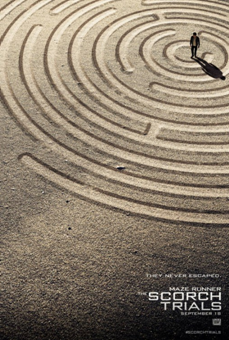 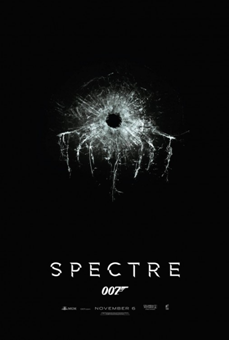 With all of the lush and busy posters we’ve looked at, maybe you’re looking for a palette cleanser. In so, you’re in luck — minimalism was all the rage this year. All four of these movies were high concept, star-powered affairs, so it’s refreshing to see these stripped-down images crop up in their marketing. (Sadly, though, it is worth noting that none of these were the primary poster used to represent their respective films.) All four are arresting, simple images that perfectly represent their respective films, from the ominous glow of Maggie’s one-sheet to the isolation that The Martian instantly evokes. (Much better than being bombarded with Matt Damon’s giant face, no?) In terms of The Maze Runner: The Scorch Trials, this is the one thing I’ve ever seen that makes me sort of want to watch this series, so that has to count for something, right? And a special tip of the hat goes to marketing team behind Spectre, which, despite numerous attempts, never got it even close to as right as they did with this first teaser poster, which combines the dark tone of the film with the eerie octopus imagery of the titular Spectre organization in a way that somehow isn’t silly.

These are just a few of the posters that made an impact on me in 2015. Feel free to share any of your personal favourites in the comments.