For the past while, I’ve been asking in the poll what film you think will win Best Picture at the Oscars next year. After over 200 votes, the public has spoken, and the winner is…

After a slow start in the voting The Artist ended up stealing 26% of the votes. The film has steadily gained buzz, so it’s not too surprising to see it end up on top. I think it’s definitely a strong Best Picture contender. Here are the full results:

The Girl With the Dragon Tattoo – 5%

While The Artist and The Descendants gained a lot of traction later on in the poll, J. Edgar had a strong start, but died down drastically after the poor critical response. 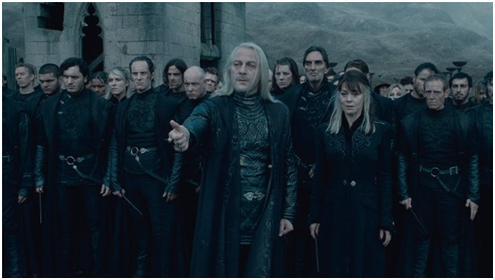 Lucius apparently persuaded a lot of you to the dark side.

For those who are curious where the “Other” votes fell, here’s a vote breakdown:

Now that it’s December, I’ve decided to finally change the poll question. This week/month, I want to know what you think of Jessica Chastain’s Oscar prospects. She was one of the breakout actresses of the year, and Chastain has three performances that are gaining Oscar buzz (The Help, The Tree of Life, and Take Shelter). But do you think she’ll cancel herself out because of vote splitting? The New York Film Critics Circle honoured her for all three performances, but of course the Academy doesn’t work like that. One person cannot be nominated multiple times in the same category.

So, what do you think? Will she make the cut? Cast your vote in the side bar!