Here’s the second and final part of my “Best Albums of the Decade” list. Be sure to check out part one, which covered numbers 20-11. Feel free to let me know what you think of my list in the comments. Of course, this is all just my opinion, so let me know which albums from this decade struck a chord with you!

I can see the merit of Kid A. I just don’t find it to be that enjoyable of an album to listen to. And while Kid A and Amnesiac are often lumped together, I see them as totally separate albums. Amnesiac has some typically lovely Radiohead songs, like “The Pyramid Song”. You can also find one of the most debauched, oddly raucous songs in Thom Yorke’s catalogue here – the jazzy “Life in a Glasshouse”. I may be one of those annoying “common” Radiohead fans that love The Bends and OK Computer more than anything from this decade, but Amnesiac is by far the best of their less accessible albums, in my opinion.

I don’t want to overstate the importance of Bon Iver’s (aka Justin Vernon’s) debut, but this is an album that I could see becoming something of a classic, over time. The back story is top-notch, as are all of the songs on here. “Skinny Love” is a phenomenal song, and “Re: Stacks”, “Creature Fear” and “Flume” all rotate as my second favourite song on the album. Justin Vernon followed For Emma up with his Blood Bank EP, and if these two releases are any indication, I’m definitely excited to see where his music is headed. Maybe all of the praise is premature, but even if he can never recreate the magic of this album again, at least we have this one.

Ben Folds Five is a band that is quintessentially 90’s. Snappy, piano-driven hits like “Kate” (which was on my Sabrina the Teenage Witch soundtrack) and “Brick” seem like nostalgic fun now. So perhaps it makes sense that Ben Folds would go it alone for the new millennium. Rockin’ the Suburbs still has the upbeat, vaguely gimmicky vibe that his music has always had, yet it also feels very honest. It’s power-pop at its best. “Zak and Sara” and “Rockin’ the Suburbs” are tons of fun, while “Gone” is just a plain fantastic tune. Ben Folds is fairly popular, but I still don’t think he gets enough serious credit as a songwriter.

Perhaps what I like best about Conor Oberst’s music is that he isn’t afraid to be earnest. His lyrics (while sometimes seeming contrived) are just ambiguous enough to be open for interpretation, but they are also distinct in their sentiment. And I don’t think he’s ever got that emotional-fuck-up sentiment as right as he did on I’m Wide Awake, It’s Morning. He celebrates drugs, women, and making noise, but there’s a naiveté to his tales of rebirth and fresh starts that keep it all relatable and grounded. He might not be the “New Dylan”, but Oberst knows how to pull on people’s heart strings in precisely the right way. 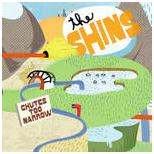 The Shins hit it big with Oh, Inverted World, but I like their 2003 follow-up slightly better. Chutes Too Narrow is generally far more upbeat, and it suits James Mercer’s off-kilter, yelpy voice really well. “So Says I” is my favourite Shins song, and the rest of the album is an easily digestible, fun set of songs. I know that they’ve supposedly changed the lives of indie kids everywhere, but can’t people just enjoy the Shins for what they are – a really good pop band that writes fantastic pop songs – and stop with all the overstatements?

I’m always eager to support Canadian music, and even though not as much of it ended up on this list as I had originally hoped, I am incredibly proud to place Patrick Watson’s debut album in my #5 spot. Close to Paradise has slowly been growing on me since its release, and I’m now just about convinced that it’s a perfect album. Every song is lovely, and they all work together to create a fantastic atmosphere. From the piano-driven hymn “The Great Escape” to the slightly raucous “Drifters”, Watson always uses the precise emotion in his voice to convey his ideas. (Side note: if you haven’t already, be sure to check out Patrick Watson’s work with The Cinematic Orchestra on “To Build a Home“)

Jack White is undoubtedly one of the hardest working musicians of the past ten years. People often whine about how rock stars are a dying breed, but this guy is singlehandedly keeping them alive. The White Stripes burst into the mainstream in 2001 with their third album, White Blood Cells. It’s an eclectic collection that even tosses in some country (“Hotel Yorba”), but even though the Stripes hadn’t entirely honed in on their blues-rock niche yet, this album is far from unfocussed. It’s obvious that Jack White knows exactly what he’s doing at all times, and it makes for a nice transition between their scrappier early work, and their more refined albums that would follow. 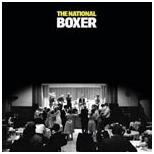 This Brooklyn band has steadily been releasing great albums throughout the decade – it just took people (including myself) a little while to catch on. They earned massive critical acclaim for 2007’s Boxer, which was actually their 4th release of the decade. Boxer is home to a slew of fantastic songs, such as the timely, brooding “Fake Empire”. Matt Berninger’s voice has such wonderful feeling of melancholy in it, and The National extend that feeling throughout the record. I find new things to love about this album every time that I listen to it, and I think that this is an album that I will be listening to regularly for years to come.

2004’s Funeral may have been the album that caught most people’s attention, but Arcade Fire’s follow-up, Neon Bible, was the one that caught my attention. The album sticks with the band’s signature grand arrangements, but also makes the songs feel more personal. There’s a desperation here that I like. Not to be morbid, but I like the anger, frustration, and near hopelessness that seems to run through this album. I think the grandness of Arcade Fire’s sound (not to mention the power of Win Butler’s voice) is much better suited to this kind of fare. I don’t know that it’s meant to be a concept album, but I feel like this album takes us through the course of a person’s life. Every song evokes a different feeling, yet they all work together perfectly to create a beautiful statement about what it means to be alive. 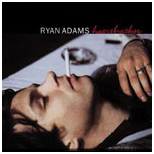 Leave it to Ryan Adams to out-brood everyone else on this list just by opening his mouth. Even when he’s singing an upbeat song, he still sounds miserable as hell. Heartbreaker, his debut solo album (his original band, Whiskeytown, imploded around the turn of the millennium) is one of his twangiest to date, but it’s also his most consistent, by far. Every song here is great, and integral to the over feeling of the album. The raw energy of Adams’ voice on songs like “Shakedown on 9th Street” and “To Be Young” contrast nicely with the wistfulness of “Come Pick Me Up”, and it all comes together to paint a portrait of a complicated man. Heartbreaker goes far beyond your typical “break-up album”, emotionally.