Tag Archives: Let the Right One In

Not everyone likes horror films, and that’s okay. It doesn’t mean you’re wimpy or a film snob (y’know, unless you are), and maybe it’s just not your thing. But like any genre, there’s enough diversity that you can probably still find something you like, so long as you’re looking in the right place.

So, I’ve assembled a list of 10 films that I’d recommend to people who don’t typically like horror films. Most of these are films that really value character development, which is something that I need in order to get invested in a horror film. They’re artfully made while still being thrilling and suspenseful, and who knows? Maybe they’ll work for you as an entry point into the genre.

The horror genre is full of Stephen King adaptations, but if The Shining or It don’t appeal, try The Mist, an adaptation of a 1984 King novella. The film is about a small town that becomes enveloped by a thick, monster-filled mist (the worst kind!) and the group of survivors who get trapped inside a grocery store and must fight off the encroaching threat from outside. Written and directed by Frank Darabont, The Mist is as much about the interpersonal dynamics going on inside the store as it is about monsters destroying everything in their path, and the film is all the stronger for it. Darabont perfectly combines B-movie camp with more thoughtful filmmaking here, and viewers who appreciate a helping of character development alongside their gory kills (which The Mist also offers, though not in completely gratuitous quantity) will likely appreciate this eerie sci-fi gem.

Sometimes the scariest thing of all doesn’t come in the form of alien invasions or werewolves, but in learning exactly what other human beings are capable of. And boy, does Michael Haneke dive headfirst into that concept with Funny Games. The film follows a family that get visited at their vacation home by two seemingly polite young men who invite themselves in and proceed to subject the family to a string of sadistic “games” just because they can. And as you can probably guess, Funny Games is pretty disturbing. However, Haneke doesn’t go overboard on the gore, keeping the worst of the violence off-screen. Instead, he offers a deconstruction of the horror film genre that’s actually extremely thoughtful and clever. Haneke also directed a shot-for-shot English remake in 2007 that stars Naomi Watts, Tim Roth, and Michael Pitt, which (since it’s basically the same movie) is also quite good.

This creepy, chilly Swedish vampire flick was a surprise crossover hit among critics and arthouse crowds in the United States, and with good reason. (It also inspired the 2010 English-language remake, Let Me In. And an upcoming TV reboot on TNT. But let’s not talk about either of those things.) Director Tomas Alfredson combined coming-of-age tropes with some quietly shocking vampire violence, and the result is something that feels unique and artful within the often repetitive horror genre.

Danny Boyle’s apocalyptic zombie-outbreak thriller is just pretty much perfect from start to finish. It takes the hearty DNA of Night of the Living Dead and adapts it to the 21st century, creating a gritty sci-fi tale with a surprising emotional core. It’s career-best work for Cillian Murphy and as far as Boyle’s filmography goes, I’d put it right at the top of the list – yes, even above Trainspotting and Slumdog Millionaire. If you’re squeamish, know that while the film doesn’t pull its punches, it also doesn’t go overboard with the gore. Instead it puts the focus on its characters, its social allegory, and its bleakly beautiful art direction.

Not being a huge horror fan myself (hence the creation of this list), I find that one horror subgenre that I’m uncharacteristically drawn to is “survival horror”. A lot of films can arguably fall under heading, but one that pretty much defines the label is 2010’s Frozen. (Insert your “Do You Want to Build a Snowman?” jokes here.) The film follows three friends who, through an unfortunate string of human errors, find themselves trapped on a ski lift and must use their (sometimes really questionable) brainpower to try and survive. That’s it. And it’s actually really interesting. Granted it’s not perfect – the tropes are a little too plentiful and the dialogue could use some work – but at its heart, it’s a tightly constructed little one-location movie. I’m not sure if any of its three leads are actually good actors, but they sell the material, and I’ll applaud the guts of any horror filmmaker that makes their film without supernatural elements or, hell, even an antagonist.

Vampires and Tangerine Dream! Yeah! Kathryn Bigelow’s first film has aged just the right amount in the nearly 30 years since its release. Though the film plays it straight, I didn’t find it particular “scary”, but it’s moody as heck and it has a nice sense of atmosphere that feels simultaneously very ‘80s and very ephemeral. It’s a good entry point for non-Twilight vampire films, and also a nice opportunity to glimpse what Bigelow was up to before she started winning Oscars.

The Cabin in the Woods is a film that a lot of horror buffs love, but while it certainly rewards a thorough knowledge of the genre, I think it’s also quite accessible to horror neophytes. Everyone is familiar with at least some of the clichés that the film takes aim at, and its satirical nature helps to offset some of the “horror” that’s being presented on screen. It’s a bit scary and definitely a bit gory, but The Cabin in the Woods is mostly fun. It’s also so madcap that it deserves to be seen if for no other reason than to experience the wonderful, bizarre directions that Joss Whedon’s screenplay takes. 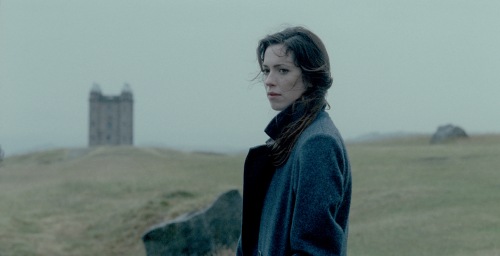 A distinct, well-executed atmosphere can make a film. And The Awakening has atmosphere in spades. The film is set in the 1920s and follows a female ghost-hunter (played by Rebecca Hall) who is out to debunk rumours of a little boy who haunts an English boarding school. While The Awakening may not offer much that hasn’t already been explored in the “ghost story” genre, its story is engaging and its visual style is absolutely stunning. Hall, too, is fantastic, turning in the sort of confident, captivating performance that helps to elevate the film’s sometimes silly story. I will throw in a disclaimer that of all the films on the list, this might be the most standard “horror” film. So if you really can’t stand jump scares, maybe stay away (though for the most part here they’re executed well and don’t feel cheap, and the film also has the bonus of being light on gore). 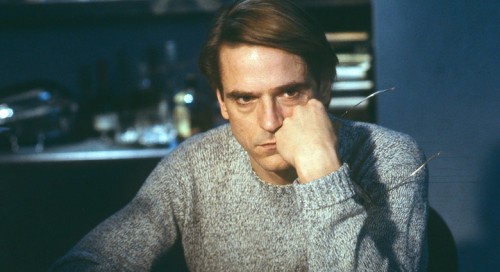 After his gross-out early days but before his union with Robert Pattinson, Cronenberg had the wise idea to cast Jeremy Irons in a dual role as creepy twins in this twisted psychological thriller. Being a Cronenberg film, it’s hard to really describe Dead Ringers, and it’s actually probably best to go in as blind as possible. This one might be a good option for those who maybe don’t like the classic horror tropes but like films with a creepy atmosphere. Because Dead Ringers fits the bill. Gynecology has never been scarier, and that’s saying a lot.

Is this a horror film? Is it just a thriller? Doesn’t matter! The Invitation is tense and creepy, building to an inevitable finale, but making the ride to get there feel narratively rich in the process. This is a film that takes its sweet time, carefully setting up the interpersonal dynamics between a group of people who have been invited to a dinner party that gradually gets more and more unsettling. Logan Marshall-Green can finally stop just being known as “Wait, Is That Tom Hardy?”, turning in an unexpectedly nuanced performance here as the film’s severely troubled protagonist. If you’re easily frightened by traditional horror movies and don’t like jump scares, this could be a really good alternative, because while it is suspenseful, it’s not really ~scary, per se. Instead, it’s an interesting character drama that relies largely on character reveals and misdirection for its thrills, rather than a lot of outright horror elements.

Tagged 28 Days Later, Cabin in the Woods, Dead Ringers, Frozen, Funny Games, horror, Let the Right One In, Lists, Movies, Near Dark, The Awakening, The Invitation, The Mist