I wasn’t sure how much I’d have to say about February, as it’s the shortest month of the year and was a busy one for me personally between projects at work and hanging out with friends. But as I thought it about it, some clear highlights emerged. Here’s a glimpse at what I’ve been watching and listening to this month.

At the Cinema: Never Look Away

February was a big Oscars catch-up month for me, and one of those films that I caught up was Germany’s nominee for Best Foreign Language Film, Never Look Away. For the uninitiated, this thing is over 3 hours long, so sitting in the theatre for that long felt like an event in itself. And while I wouldn’t exactly say that the 188 minutes flew by, I did really like the film. I’m also glad that I got to experience it in the theatre setting where you can avoid distraction and submerge yourself in what’s happening onscreen.

Speaking of Never Look Away, while watching it I really took note of the Max Richter score, which was lovely (even if I didn’t think it was always perfectly congruous with the film itself). This sent me down a wormhole of finding other Max Richter scores, and then compiling a playlist of samples from some of my favourite recent film scores. (If anyone happens to be curious, it can be found here.) All of this also led to the realization that Justin Hurwitz was robbed of an Original Score nomination for First Man. (“The Landing” is a personal fave.) 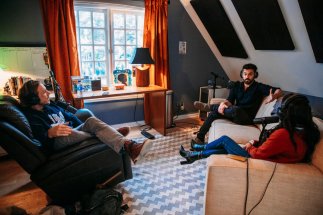 I’ve been dipping in and out of Dax Shepherd’s podcast, Armchair Expert, for a few months now. Generally I find it enjoyable, though (as with most conversational podcasts) I find the mileage varies depending on who the guest is. This month Shepherd had two excellent episodes thanks to guests Johnson and Mantzoukas. Both are actors I like but never knew anything about beyond what we see of them on screen. In the podcast setting, both proved to be thoughtful, funny, and open guests. If nothing else, listen to Jake’s episode for his story about the time he went to a party at Natalie Portman’s house. 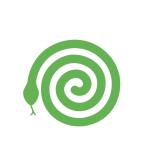 I love Vampire Weekend, and Vampire Weekend is back with a new extremely catchy, upbeat song. It’s perhaps a bit more straightforward (dare I say “basic”?) than a lot of their previous music, but it’s a promising first glimpse from their upcoming album. And I haven’t been able to get it out of my head since I first heard it.

I devoted a lot of time last month to gushing about James Blake’s new album, Assume Form, and that’s continued to be on heavy rotation for me in February. But the real treat was getting to see Blake live in concert. It was my first time seeing him live, and he actually exceeded expectations. His voice sounded amazing (only aided by the Sony Centre’s great acoustics) and he proved to also be a more dynamic performer than I anticipated. As well as performing most of Assume Form, he made my night by including “Love Me in Whatever Way” from his previous album, and “A Case of You” as a nod to Canadian icon Joni Mitchell. All around a fantastic show.

Maybe it’s the clean slate of a new year, but for me January has been a really good month. And that includes the things I was watching, listening to, and reading. Here’s a look at some of my favourite things from the past month. 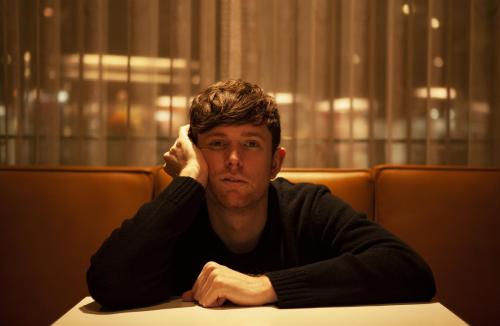 If there’s one thing I’ve been obsessed with this month, it’s the new album by James Blake, which came out on January 18. Even though it’s only been out for a couple weeks, I’ve been playing it constantly. I don’t usually listen to albums over and over again in a short period of time, but there is something so relaxing about this album. Blake has really grown as a songwriter and the most straightforward approach of Assume Form suits him beautifully. There’s no way this doesn’t end up being my favourite album of the year.

All things Lost City of Z

I caught a 35mm screening of James Gray’s The Lost City of Z in January, and MAN this thing blew me away. The movie had gotten a fair bit of praise when it came out in theatres last year, but I just couldn’t muster up enough excitement to watch it until now. But it’s exquisite, compelling, beautiful… All the complimentary adjectives. And while I’m usually not super tuned into the subtleties of film vs. digital, it looked amazing on 35mm. I also loved the Christopher Spelman score, and have found myself listening to it quite a bit in the weeks since. And just to cement my status as full-blown fangirl, I also have the Mark Grann audiobook queued up and waiting for me on Scribd.

My favourite read of the month was John Carreyrou’s nonfiction book from just last year, Bad Blood: Secrets and Lies in a Silicon Valley Startup. It tells the story of Theranos, a biotech startup that claimed they found a way to test for a multitude of diseases using just a single drop of blood from the patient. Too bad the technology was bogus and their tests didn’t work. Carreyrou gives a detailed but extremely readable account of everything that went down when Theranos soldiered on and decided to pretend nothing was wrong. It’s a fascinating tale of how ambition and greed can bring out the worst in people, and it’s also just a highly entertaining read. Even if you don’t typically enjoy nonfiction, I think most people would find something to like with this.

At the Cinema: The Yards (plus James Gray)

Yes, we’re back to James Gray. Along with The Lost City of Z, I also caught a 35mm screening of The Yards (which I’d also never seen), including a post-film Q&A with Gray himself. Gray proved to be an incisive, hilarious, and sassy guest. (He also accompanies every one of his anecdotes with an impression of the person he’s talking about.) It was definitely a treat. Previously, the only Gray films I’d seen were Two Lovers and The Immigrant, which both got a bit of a shrug from me, but I guess I now have to consider myself a convert. Patiently awaiting Ad Astra.

At the Cinema: The Sixth Sense

This was a rewatch for me, but my first time seeing it on the big screen and only my second viewing. It of course plays completely differently on rewatch, but is a blast in its own right as you notice all the things you missed the first time around. Also fun was the fact that someone in the group I went with had never seen the film before, and miraculously made it to 2019 without having the twist spoiled.