Most Anticipated Films of 2014

Out with 2013, and in with 2014 (finally). There are so many great-looking movies coming out this year that I had trouble narrowing down my list (hence why you’re getting a top 15 instead of a top 10), but here are the ones I’m most excited about.

(Note: I’ve already seen Kelly Reichardt’s Night Moves and David Gordon Green’s Joe, or else they would definitely be on the list.) 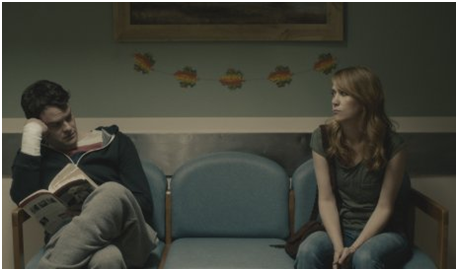 It feels like I’ve been hearing about this Kristen Wiig/Bill Hader family drama for a long time now, but it’ll finally make its debut this year at Sundance. I think director Craig Johnson‘s previous film, True Adolescents (starring Mark Duplass, who executive produces here with brother Jay), was an overlooked little gem, so I’m excited to see what he’ll bring with this sophomore feature.

I thought director Ramin Bahrani‘s last venture into Hollywood territory, At Any Price, was a bit of a disaster. However, I still have hope for this family drama, which stars Andrew Garfield, Michael Shannon, and Laura Dern. After all of this Spider-Man fanfare, it’ll be nice to see Garfield get back to low-key dramas. (Unless this turns out like At Any Price. Then it won’t be nice.)

William Monahan has written films like Kingdom of Heaven and The Departed and now he steps behind the camera for the second time with this trippy-sounding thriller about a man who meets his dangerous doppelganger in the desert. It also stars two of the most interesting young actors working (and Inside Llewyn Davis co-stars), Garrett Hedlund and Oscar Isaac, which is reason enough to pique my interest.

Lone Scherfig‘s An Education was a delectable study of, among other things, class divisions and the education system in England. Now, it looks like she’s back at that familiar territory with Posh, a tale of students at Oxford University who join the school’s legendary Riot Club. It also happens to star all of your favourite young, classy Brits, including Sam Claflin, Natalie Dormer, and Max Irons. 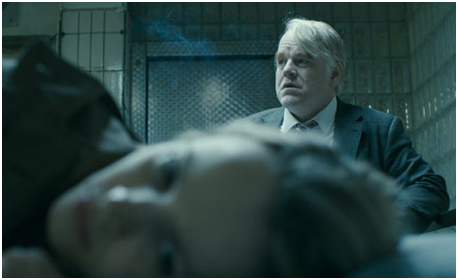 One of my favourite movies of the past decade was the moody Joy Division biopic, Control. Now director Anton Corbijn is back with this moody thriller that stars Philip Seymour Hoffman, Rachel McAdams, Daniel Bruhl, Robin Wright, and Willem Dafoe. It’s based on a John le Carre novel, who also penned Tinker, Tailor, Soldier, Spy, so get ready to pay attention.

Angelina Jolie makes her directorial follow-up to In the Land of Blood and Honey with this intense-sounding drama about an Olympic runner who was taken prisoner by Japanese forces at the height of WWII. With the Coen Brothers contributing to the script and Roger Deakins as cinematographer, it’s got a nice pedigree. However, Deakins’ camerawork won’t be the only nice thing to look at on screen, as the up-and-coming young cast includes Garrett Hedlund, Jack O’Connell, Jai Courtney, Domhnall Gleeson, Alex Russell, Luke Treadaway, John Magaro, and Finn Wittrock.

Olivier Assayas is a director that I really respect, and my admiration only grew with last year’s Something in the Air. Now, he returns with this mysterious project that stars Chloe Moretz, Kristen
Stewart, Juliette Binoche, Brady Corbet, and British folk singer Johnny Flynn. The plot is still undisclosed and I’m not even much of a fan of Moretz, but I’m certainly interested to see how Assayas will handle his first film with such a high level of star calibre.

Wally Pfister has made a name for himself as the DP on all of Christopher Nolan’s recent films, and now he’s stepping in as director for the first time for this Inception-like movie about artificial intelligence. With a top-notch cast that includes Rebecca Hall, Johnny Depp, Paul Bettany, Kate Mara, Cillian Murphy, and Morgan Freeman, it looks like a moody and intelligent thriller. I’m excited to see Pfister’s directorial chops, and this will also provide the first opportunity to see Depp in a “serious” role in what feels like a very long time.

Based on the acclaimed WWII-era novel, this drama by Saul Dibb (The Duchess) stars Michelle Williams, Matthias Schoenaerts (Rust and Bone), Margot Robbie (The Wolf of Wall Street), Sam Riley (On the Road), Ruth Wilson (Luther), and Kristen Scott Thomas. I tend to trust Williams’ role choices, and I’m intrigued by this one.

I’m surprised this is on here, too. But the trailer really impressed me, making it look as though the film will take a more serious, somewhat character-driven taken on the “monster movie” trope. Director Gareth Edwards (Monsters) and stars Aaron Taylor-Johnson, Elizabeth Olsen, Bryan Cranston, Juliette Binoche, Sally Hawkins, Ken Watanabe, and David Strathairn also give me hope.

Based on the Colm Toibin novel and with a screenplay by Nick Hornby, Brooklyn tells the tale of a young Irish immigrant who comes to New York in the 1950s. It stars Saoirse Ronan, Jim Broadbent, Julie Walters, and Domhnall Gleeson, and if that’s not a likeable cast, I don’t know what is. Also, since seeing Beneath the Harvest Sky (and, to a lesser extent, The Place Beyond the Pines) I sang the praises of Emory Cohen and here he’ll have a chance to show his stuff once again. Also working in Brooklyn‘s favour is that it’s directed by John Crowley, the director of Boy A, a wonderful little underseen gem that helped launch Andrew Garfield.

I’ll admit that the teaser trailer didn’t fully capture my interest, but this latest space-themed project from Christopher Nolan still sounds very intriguing. Like Inception, it has a top-notch cast, including Matthew McConaughey, Jessica Chastain, Anne Hathaway, Casey Affleck, Wes Bentley, Ellen Burstyn, and Michael Caine. Now, it’s possible that all that starpower could cause the whole thing to self-destruct, but Nolan has proven to be one of the few directors who can actually handle a huge, star-studded cast successfully.

As soon as I saw “Jeff Nichols” and “Michael Shannon“, I knew this was going to fall right near the top of my list. The director and actor have teamed up several times before and their last project, Mud, was my second-favourite film of last year. This time, they explore the story of a man who goes on the run when he finds out that his son has special powers. Who knows if Nichols will be able to keep his impressive directorial streak going, but with a film that also stars Kirsten Dunst, Joel Edgerton, and Adam Driver, I’d say there’s a good chance he will.

Cameron Crowe is one of my favourite directors, so he was guaranteed a spot on the list. However, the cast here is what really put it over the top: Emma Stone, Bradley Cooper, Jay Baruchel, Bill Murray, John Krasinski, and Danny McBride. (Personally, I could take or leave Rachel McAdams and Alec Baldwin.) Not much is known about the film at this point, but apparently it’s a comedy about a military man re-connecting with a former love while also falling for an Air Force watch-dog who has been assigned to cover him.

In just about any other year, Cameron Crowe’s movie would take the top spot on this list, but when there’s a new Paul Thomas Anderson film on the horizon, you can’t deny it. (Especially so soon after his last project!) The movie is based on the book of the same name by the great Thomas Pynchon and it stars Joaquin Phoenix as a drugged-out 1970s detective. The supporting cast includes Owen Wilson, Benecio Del Toro, Josh Brolin, Reece Witherspoon, and Maya Rudolph. If PTA’s past work has been any indication, we’re in for a pretty interesting ride.

This is just a small selection of the great-looking movies on tap for 2014. I’ll give honorable mentions to Darren Aronofsky‘s Noah which looks kind of awful but could turn out to be spectacular, Maleficent for bringing a spat of interesting actors (Elle Fanning, Sam Riley, Sharlto Copley, Juno Temple, and Angelina Jolie) into a dark Disney world, and Slow West for giving us these magnificent set photos (and for pairing up Michael Fassbender and Ben Mendelsohn).

There are tons of other intriguing projects slated for 2014 release, and these are just my personal selections, so feel free to sound off in the comments about which upcoming movie you’re most looking forward to!

Well, it was a big week if you like movies about post-apocalyptic worlds and space and stuff. Here’s a peek at four high-profile sci-fi blockbuster trailers that dropped in the past few days.

Wait…This actually looks…quite good? See, the concept of Aaron Johnson starring in yet another Godzilla movie wasn’t very appealing to me. But I probably should have paid attention to the fact that the cast also includes Elizabeth Olsen, Bryan Cranston, Juliette Binoche (!), Sally Hawkins, Ken Watanabe, and David Straithairn. I realize that even respected actors need paychecks and that their presence isn’t an automatic sign of quality. But that’s a lot of good actors. I’d also either forgotten or never known that the movie is directed by Gareth Edwards (Monsters), and it looks like he’s bringing lots of mood and even some personality to a pretty tired premise.

Maybe this is an example of a craftily edited trailer designed to make its mediocre movie look good. I mean, I always think the trailers for the Transformers franchise look good, and then the movies themselves turn out to be garbage. But I do actually now have hope that Godzilla will be good. But even if it isn’t, this should stand alone as a really fantastic trailer. I like that it opens with the unbroken scene of the skydive before transitioning into more “standard” sci-fi footage. It’s exciting, it manages to quickly get you invested in the characters, and it doesn’t give too much away.

I mean…it’s okay. It doesn’t really show much of the movie, but that’s kind of the point of a teaser, right? But I just feel like other movies have done the same “cryptic teaser” thing a bit better, such as Super 8 or, well, Inception. For me, the stock footage used here didn’t really evoke too many emotions. McConaughey’s voiceover narration doesn’t mean all that much when you have no context to put it in. Things did pick up when they actually showed McConaughey at the end, though, and I’m definitely intrigued. You certainly couldn’t accuse this trailer of giving too much away, and it does successfully raise lots of questions about what’s to come.

Ummmm not sure about this one. Is it me, or do Channing Tatum and Mila Kunis seem like really strange choices for the leads in a sci-fi movie like this? Both are effective in certain roles, but I don’t feel like either one seems very comfortable here. (And what on earth is going on with Channing’s look in this movie?) I will give the casting agent props for picking Eddie Redmayne to play a weird alien cyborg, though. But the whole thing just looks overblown and, well, a bit silly. I loved Cloud Atlas, and it seems like they’re going for a similar thing here, but it kind of looks more like it’ll be a mashup of that along with every other movie the Wachowski’s have made…which probably isn’t a good thing.

First off, awful title. And while this looks like a competently made movie and I like Tom Cruise and Emily Blunt, this trailer just didn’t have anything to draw me in. It looks like we’re just going through Oblivion or Elysium again. They’re really selling the romance aspect, too, which might contribute to the blandness. I don’t know, maybe I’ve just reached my Cruise/sci-fi quota. Or maybe I’m just now unfairly comparing every vehicle he gets to War of the Worlds (which I seem to be in the minority of loving). I mean, Jupiter Ascending looks like a mess, but it seems like there’s enough bizarre stuff going on that it could be interesting, even if it’s not necessarily good. This one just looks like a lifeless snooze.