I’ve been catching up on a lot of the big Oscar movies of the past year on DVD, so I figured that I’d do a few short reviews in one post to cover some of them. 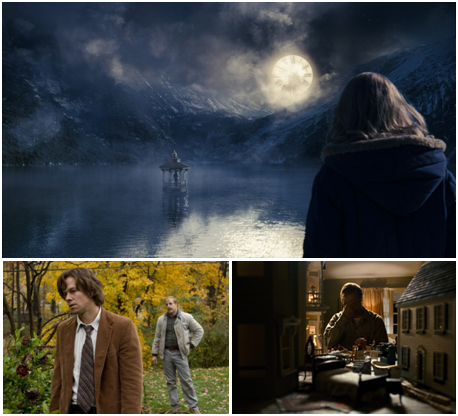 In The Lovely Bones, director Peter Jackson (The Lord of the Rings trilogy, King Kong) adapts Alice Sebold’s acclaimed 2002 novel about a young girl, Susie Salmon (Ronan), who is murdered by her neighbour. As her family grieves and attempts to uncover who is behind the killing, Susie watches down on them from a purgatory-like “in-between”.

The problem with the film version of The Lovely Bones is not in the real-world thriller storyline. Jackson creates a nice sense of tension with Wahlberg as the father desperate for justice, and Tucci as the murderer who is living under the family’s noses without them realising it. The problem lies in indulgent scenes that take place in the reality-bending “in-between”, and the heavy-handed treatment of Susie’s attempts to connect with her family from the great beyond. There are too many flashbacks and echo-y voices reminding us of things that we’ve already seen, and Jackson uses slow-motion throughout the film so copiously that it begins lose all meaning.

Tucci, Ronan, and Wahlberg do help to prop up the flimsy, clunky screen adaptation of a well-paced novel. Tucci, especially, is creepy and fantastic as the complicated man who takes Susie’s life from her, and his screen presence is compelling as his character deals with the aftermath of what he’s done.

The film switches from a taught crime drama to meandering visual experimentation at a breakneck pace, and unfortunately, three strong performances and a handful of effective scenes is not enough to save this mess. 5/10

One of the year’s more polarizing Oscar contenders, The Blind Side, finds Sandra Bullock playing Leigh Anne Tuohy, a wealthy southern belle who takes in a homeless football prodigy.

As you might suspect, the main reason to see this movie is Bullock. Her feisty, warm performance is spunk personified. The supporting performers obviously take a back seat to Bullock, but McGraw, though not given much to do, is surprisingly charming as Leigh Anne’s husband, Sean.

As for the film itself, it’s a nice story that’ll probably make you feel good as the end credits roll. But The Blind Side also largely glosses over many of the horrifying things that the homeless teen, Michael (Aaron), has experienced before finding a home with the Tuohys. This cinematic self-consciousness is present throughout many of the scenes that are supposed to take a “gritty” look at the mean streets of Memphis. And the only attempts at social commentary from the Touhys’ end are a couple of lazy scenes where Leigh Anne starts to find herself annoyed by her snobby, rich friends.

That being said, the film just barely avoids painting Leigh Anne as a wholly saintly character. Just as I felt myself getting frustrated by the one-sided portrayal of the Tuohys, Hancock did a good job of flipping the story slightly, and questioning their motivations.

As far as inspirational sports movies go, The Blind Side is one of the better ones. I can understand why so many people connected with the film, and especially with Bullock’s performance. It doesn’t offer anything new in terms of story or filmmaking, but it’s an enjoyable enough film. 7/10 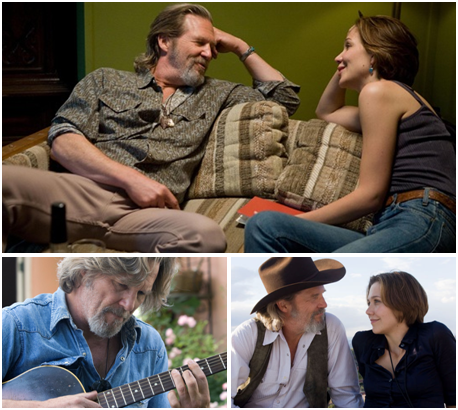 The story here is quiet. Bad Blake – now a 57-year-old alcoholic – finds his career stalling, until he meets a young journalist, Jane (Gyllenhaal), who takes an interest in both him and his story. But both Bridges and Gyllenhaal are magnetic enough to propel this modest story for 112 minutes. Despite the age gap, their on-screen chemistry is great, and both of their performances are unglamorous, but compelling nonetheless. Bridges embodies this broken man with such a quiet sense of desperation, and is rightly deserving of his Oscar win (even if I slightly prefer Colin Firth’s performance in A Single Man).

Aside from the acting, the story is conventional, but quite enjoyable. Nothing happens over the course of the film that you weren’t already expecting and haven’t already seen play out in other films. But the strength of the acting and Cooper’s solid (if not unadventurous) directing overrides some of the clichéd material. Without Bridges, Crazy Heart would feel far less fresh.

Another great strength of Crazy Heart is the music that seeps through in nearly every scene of the film. Ryan Bingham and T. Bone Burnett’s Oscar winning song for the film, “The Weary Kind”, is beautiful, and the rest of the film’s soundtrack is so universally good that it transcends genre. Bingham himself appears briefly in the film as one of Bad’s back-up musicians, and it’s great to see him get to take on a number on screen. 7/10