As we sift through a cinematically awful summer, at least the studio execs are giving us something to get excited about. Forget Knight and Day and Salt – all the good stuff’s coming out in the last four months of the year. Here’s a look at some recently released trailers and movie posters that have me excited.

**And as a side-note, happy 100th post to me! I could also talk about how I’m approaching my 1-year blog anniversary, but let’s just get back to the movies…**

Better known as “the Facebook movie”, David Fincher’s The Social Network (based on Ben Mezrich’s The Accidental Billionaires: The Founding of Facebook, a Tale of Sex, Money, Genius and Betrayal) is making waves for its ultra-current subject matter. I love the first poster that they’ve released (the famous Facebook bar is great, and the photo and font are bold), and hopefully this means that a trailer is right around the corner. 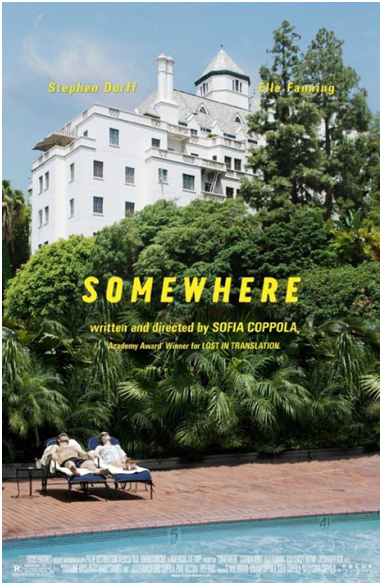 As I saw someone mention online, this trailer for Sofia Coppola’s Somewhere makes it look as though she’s halved the ages of her protagonists from Lost in Translation and made a rather similar movie. But by the looks of this gorgeous trailer, that’s not a bad thing at all. Even though Marie Antoinette was considered a bit of a flop (I never saw it), here’s hoping that Somewhere lives up to Coppola’s potential.

October 1 is shaping up to be a good day for Times Likes Those favourite Andrew Garfield (who also co-stars in The Social Network), and his work here in Never Let Me Go looks quite promising. I’ve heard about the major plot point that the trailer for Never Let Me Go alludes to, and without giving it away for those who wish to go in blind, it sounds like it’ll be a very interesting movie. 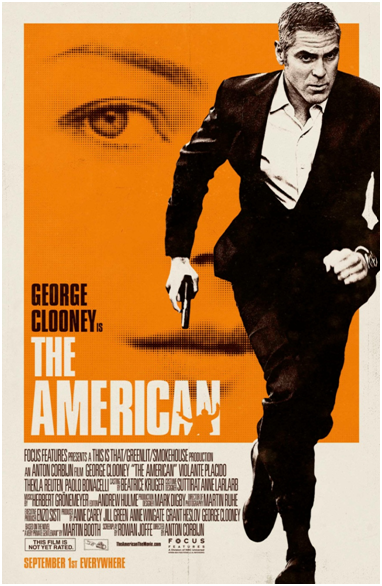 I already wrote about the trailer, which was released a few weeks ago, but this striking vintage-inspired poster for Anton Corbijn’s The American is certainly worth mentioning.

Formerly titled Betty Anne Waters (why did they switch to such an anonymous title?), this movie looks like Oscar bait epitomized (and it reminds me of a certain viral spoof). But nonetheless, with Sam Rockwell on board (in a role that looks like it could garner some serious awards consideration), and Juliette Lewis along for the ride, I’m intrigued.

Favourite Performances of the Decade: Part 5

Here’s a wrap-up to my Favourite Performances of the Decade series. I may edit the five posts occasionally if I see a performance that’s deserving of a spot, but I want to keep my list to 25.

In Tom Ford’s visually lush debut film, Firth plays George, a man reeling from the sudden death of his partner, Jim (Matthew Goode). Firth takes this difficult role on with all of the class and poise that you would expect from the charming Brit. Yet there’s also a profoundly moving undercurrent to his portrayal of a man who’s trying to desperately keep his facade intact while contemplating suicide. Firth’s performance may be subdued, but it’s the nuances in his body language and inflections that give away the deep sense of grief that George is experiencing. For me, it was the best performance of 2009.

Audrey Hepburn comparisons ran rampant around the release of 2009’s An Education, but I think that it’s best to let Mulligan’s vivacious performance speak for itself. As a confident young woman who finds that she doesn’t know herself nearly as well as she thought, Mulligan is charming, witty, intelligent, and vulnerable all at once, and she hits the perfect emotion for every scene. Her Jenny is a joy to watch, and your eye is drawn to Mulligan during every moment that she is on screen. It’s rare to find this magnetic of a performance from such a relatively unknown young actor.

Keira Knightley has cemented her status as the queen of the period piece (think Atonement, Silk, The Duchess, King Arthur), but her most vibrant performance to date comes in Joe Wright’s adaptation of Pride & Prejudice. As heroine Elizabeth Bennett, Knightley brings a refreshing sense of modernity to the feisty role. 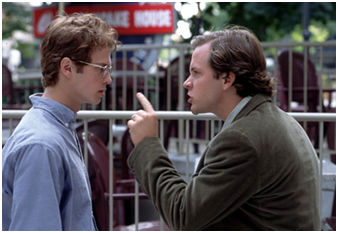 Though usually relegated to supporting roles, Peter Sarsgaard (on the right side of the above photo) has proven himself to be one of the most diverse working actors. The character of Chuck Lane in Shattered Glass is a departure from some of the more troubled characters that Sarsgaard has taken on, but he thrives as the driven hard-ass of a newspaper editor, too. He takes what could have been a forgettable supporting role and turns it into a surprisingly gripping tour de force performance. From Chuck’s low-key moments in the newsroom to his inevitable explosions as the film unravels, Sarsgaard is perfect. 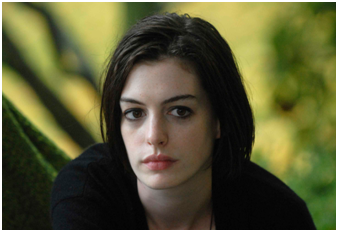 With a showy role in a modest film, Hathaway is both harrowing and hilarious as Kym, a recovering drug addict visiting home for her sister’s wedding. I’d had my doubts about Hathaway’s acting abilities, but this unforgettable performance instantly remedied that.