10 Most Anticipated Films of 2020 Directed By Women 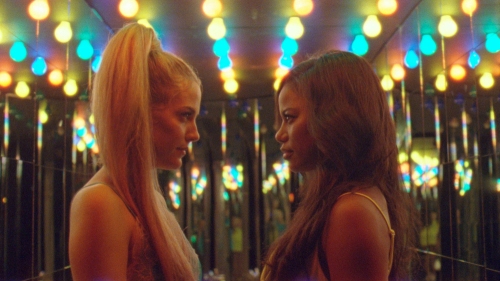 Now that we’ve settled into January and the procession of best of the year/decade lists has mostly passed, it’s time to look forward. Originally I was going to make a general list of my most anticipated 2020 films, but then I realized no one needs to hear once more why Tenet looks good. I’ve decided to instead focus on a few films coming out this year directed by women. This is just a small selection of many interesting-looking films, with more undoubtedly set to be announced/discovered as the year goes on.

Firstly, a few honourable mentions for some high-profile female-directed films that don’t necessarily need more attention: Wonder Woman 1984 (Patty Jenkins), Mulan (Nikki Caro), Eternals (Chloe Zhao), and Black Widow (Cate Shortland) are all led by incredibly accomplished directors, and it’s exciting to see a number of female-directed tentpole films being released this year. (See also: Birds of Prey.) I’m looking forward to all of them. However, I also want to highlight some films that may not already be receiving heaps of consideration. So, without further ado, here’s my list in order of release date:

The Photograph (Stella Meghie, February 14)
When I saw the trailer for a romance film starring Lakeith Stanfield, I had some sort of galaxy brain moment of clarity. He’s a character actor who’s been consistently proving that he should absolutely be a classic (if quirky) leading man. Add the very charming Issa Rae as the film’s female lead, and you’ve got the makings of something extremely likeable. Meghie has been establishing herself with well-received indie fare, and it’ll be interesting to see what she’ll do with an increased budget and a killer supporting cast that includes the likes of Courtney B. Vance, Kelvin Harrison Jr., Chelsea Peretti, Lil Rel Howery, and Teyonah Parris.

First Cow (Kelly Reichardt, March 6)
I love the slightly winking cow-centric advertising campaign A24 already has going for this one. And the trailer looks just as low-key and lovely as you’d expect for another Reichardt period piece. Word has been strong from festivals, and there really is something oddly delightful about a movie being called First Cow, isn’t there?

Never Rarely Sometimes Always (Eliza Hitmann, March 13)
I enjoyed Hitmann’s last film, 2017’s Beach Rats, so much that I’m automatically on board for whatever she chooses to do next. Never Rarely Sometimes Always continues in the coming-of-age vein, but this time follows two teenage girls from a small town as they take a trip into New York City to obtain medical assistance for an unwanted pregnancy. If it’s anything like Beach Rats, you can probably expect this one to be searing, sadly beautiful, and vibrant.

Candyman (Nia DaCosta, June 12)
Normally a remake of a slasher film wouldn’t land on my list, but based on just this short synopsis, I’m intrigued by 2020’s Candyman: “A ‘spiritual sequel’ to the 1992 horror film Candyman that returns to the now-gentrified Chicago neighborhood where the legend began.” We’ll have to wait and see exactly where it goes, but I have hopes that this is a film with some more subversive ideas in mind.

Happiest Season (Clea Duvall, November 20)
Out just in time for the holidays, this latest from actress Clea Duvall stars Kristen Stewart and Mackenzie Davis as a couple on the verge of engagement, even though one of them hasn’t yet come out to their parents. It has the potential to be a refreshing twist on the romantic comedy, and an opportunity for Stewart to show her comedic chops.

Bergman Island (Mia Hansen-Love, TBA)
Mia Hansen-Love (Eden, Things to Come) has been somewhat quietly been making great films for years. And now it seems she’s taking the next step of notoriety, with Bergman Island being her first English-language film. It also stars the likes of Mia Wasikowska, Tim Roth, and Vicky Krieps. And get a load of this IMDB synopsis: “Revolves around an American filmmaking couple who retreat to the island for the summer to each write screenplays for their upcoming films in an act of pilgrimage to the place that inspired Bergman. As the summer and their screenplays advance, the lines between reality and fiction start to blur against the backdrop of the Island’s wild landscape.” Am I allowed to WILDLY speculate that Wasikowska and Roth are playing quasi-stand-ins for Hansen-Love and real-life husband Olivier Assayas?

The Last Thing He Wanted (Dee Rees, TBA)
Dee Rees adapting Joan Didion? Sign me up immediately. This drama stars Anne Hathaway, Willem Dafoe and Ben Affleck, following a journalist who becomes “an unwitting subject in the very story she’s trying to break”. I’ve not read the Didion novel it’s based on, but I have to imagine it’ll be thorny and intriguing.

On the Rocks (Sofia Coppola, TBA)
The prospect of a new Sofia Coppola film is always exciting. And the premise (Bill Murray and Rashida Jones playing father and daughter who reconnect on a trip to New York) sounds, at least in theory, more straightforward than a lot of her previous work. (Although perhaps not that far removed from Somewhere.) I almost always like her films (even ones like the oft-shrugged-at The Bling Ring) and I don’t imagine that will change here.

Worth (Sara Colangelo, TBA)
Colangelo has told very specific and personal stories with her first two films, Little Accidents and The Kindergarten (both underrated films, as a side note) but seems to be expanding her scope considerably for this third feature. Worth tells the story of a lawyer fighting to support victims of 9/11, and it stars Stanley Tucci, Michael Keaton, and Amy Ryan. I’m intrigued to see what she’ll do with a “bigger” story – and hopefully it’ll come with some more attention paid to her work.

Zola (Janicza Bravo, TBA)
Movies can be adapted from all sort of different source material, but this might well be the first one that’s based on thread of tweets. In 2015, Aziah Wells went viral by sharing 148 tweets about a wild trip to Florida, and now that tale is being brought to the big screen in this film starring Taylour Paige, Riley Keough, and Nicholas Braun. If nothing else, that’s a hell of an origin story.

This entry was posted in Lists and tagged Bergman Island, Candyman, First Cow, Happiest Season, Movies, Never Rarely Sometimes Always, On the Rocks, Sundance, The Last Thing He Wanted, The Photograph, Worth, Zola. Bookmark the permalink.