Review: All These Sleepless Nights 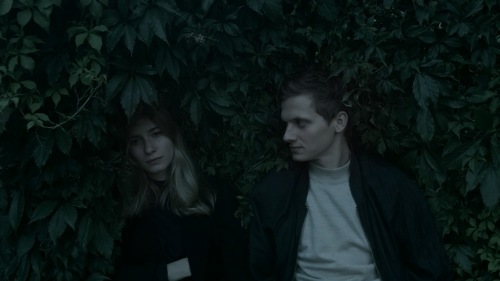 It’s tempting to spend this entire review pondering whether All These Sleepless Nights is really a documentary or not. Of course, there’s much more to Michal Marczak’s film than questions of form. But those questions also turn out to be pretty compelling.

Low on story and heavy on style, All These Sleepless Nights provides a slightly voyeuristic look at a group of mostly directionless young adults living in Warsaw, Poland. We spend a lot of time wandering the city streets with them, witnessing their often mundane encounters. We also watch as they use a combination of sex and drugs to lull themselves in a passive state of detachment, adding an even more meditative tone to the movie.

The film’s two main subjects are Kris and Michal, two quasi-handsome, vaguely charismatic friends whose hedonistic and egotistical behaviour unsurprisingly puts some tension on their interpersonal relationships. There are love triangles and some conflict throughout, but All These Sleepless Nights is more about conveying a mood and capturing a mindset, rather than telling any sort of conventional narrative.

It may seem like a pedantic distinction, but going into All These Sleepless Nights thinking of it as a documentary or as a narrative will affect the way you experience it. There’s room for grey areas and blurred lines, yes, but the film’s heavy stylization complicates things. Is this meant to be an accurate document of youth, or a constructed interpretation of it? The answer is undeniably somewhere in the middle. And while it may sound like that formal non-commitment would obscure the film’s impact, it actually increases it, adding to its already hazy, dream-like aura.

All These Sleepless nights has played at documentary film festivals such as True/False and Hot Docs, yet on IMDB it’s classified as a drama rather than a documentary. In viewing it, I found it difficult to view its subjects as anything other than “characters”. The way the scenarios play out (some of which feel quite obviously staged), the subjects’ sometimes less-than-natural reactions, the reliance on the musical soundtrack, and the impeccably lit cinematography all really prevent the film from feeling like something that was captured on the fly and in real time. But again, that isn’t really a knock against it. Marczak (who has been upfront about the fact that aspects of the film were manipulated, re-shot, and improvised, rather than simply “documented”) has crafted something that feels authentic, if not completely grounded in reality. If a film involves real people and strives to represent the authentic feelings they experience (but uses unconventional means to do so) who’s to say it’s not still non-fiction?

Ultimately, though, these questions fade to the background as you’re watching All These Sleepless Nights. You get lulled into the film’s hazy tone, basking in the beautiful visuals. Marczak, also a cinematographer, cultivates one striking image after another. The film is absolutely worth seeing just for that, though don’t go into it looking for any real narrative thrust.

Atmospheric and distinct, All These Sleepless Nights captures the strife, power, and mundane feelings of youth all in one arty little package. It may not appear to say much on the surface, but its impact lingers.