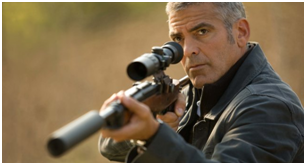 After the void that was this year’s summer movie season, we’re jumping right back into things with a few interesting releases. The American (September 1), Anton Corbijn’s follow-up to 2007’s Control, stars George Clooney as an assassin on the run. The “one last job” plotline is so hackneyed at this point, but if there are two people who can make a stylish thriller, it’s probably Corbijn and Clooney. Also in wide release is the romantic comedy Going the Distance, starring Drew Barrymore and Justin Long, which got bumped back from late August. Robert Rodriguez’ highly anticipated (for reasons unknown to me) Machete also hits theatres.

In limited release, The Winning Season stars Sam Rockwell and Emma Roberts, and it seems to be a full-length riff on the basketball coach storyline from director James C. Strouse’s previous writing effort, Lonesome Jim. In foreign fare, director Zhang Yimou gives us his update on Blood Simple with A Woman, a Gun, and a Noodle Shop. 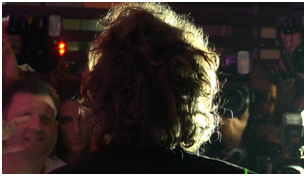 The Resident Evil franchise barrels on with the latest release, Resident Evil: Afterlife, while comedic dream team Will Farrell and Adam McKay bring us their latest production, The Virginity Hit.

Never Let Me Go (September 15), an adaptation of the acclaimed Kazuo Ishiguro novel, offers a promising cast, with Andrew Garfield, Carey Mulligan, and Keira Knightley all taking on the sci-fi-twinged tale. Also in limited release is the Sundance hit, Catfish, which got audiences buzzing about its low budget, supposedly non-fictional take on internet love gone awry. 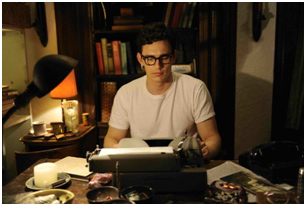 Though last year’s Whatever Works caused some movie-goers to give up on him entirely, Woody Allen is back with a new comedy, You Will Meet a Tall Dark Stranger (September 22)(starring Josh Brolin, Naomi Watts, Anthony Hopkins, Antonio Bandera, and Freida Pinto). And speaking of big-name directors, Oliver Stone returns with Wall Street: Money Never Sleeps. Michael Douglas reprises his iconic role of Gordon Gekko, and Shia LaBoeuf, Carey Mulligan, and Josh Brolin hope to add their own charms to the franchise. On his time off between Watchmen and Sucker Punch, Zack Snyder made Legend of the Guardians: The Owls of Ga’Hoole, a children’s film about owls, and it also hits theatres this week, as does You Again, a rom-com starring Kristen Bell, Jamie Lee Curtis, and Sigourney Weaver.

In limited release, Anna Boden and Ryan Fleck (Half Nelson) bring us their adaptation of Ned Vizzini’s It’s Kind of a Funny Story, which could provide Zach Galifianakis’ meatiest role to date. Ryan Reynolds also takes a turn for the serious with Buried, a one-man thriller about a soldier buried alive in a coffin. As well, we’ll get to see James Franco in his first of two headlining projects this fall, playing poet Allen Ginsberg in Howl. Also finally getting a North American theatrical release is the trippy French film, Enter the Void, which has been playing on the festival circuit for over a year.

This entry was posted in Movie Preview and tagged 2010 movies, Easy A, Howl, It's Kind of a Funny Story, Jack Goes Boating, Movies, Never Let Me Go, The American, The Town. Bookmark the permalink.